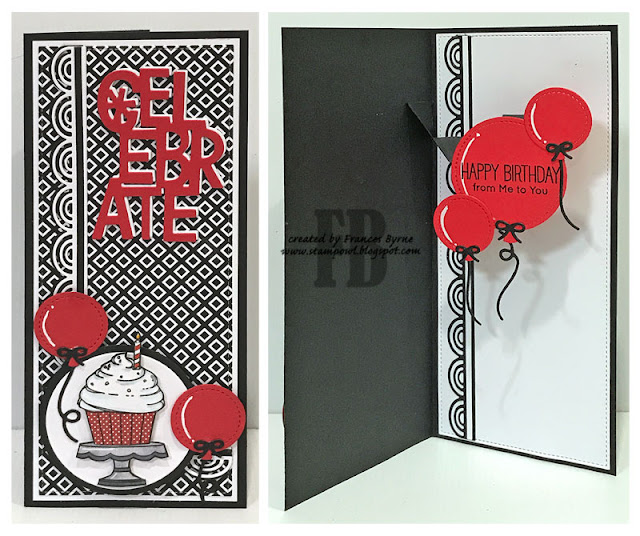 Hi Crafty Friends,
It’s challenge time with the “Crazies” over on the Crazy 4 Challenges blog. Nicky Foden our challenge hostess for the month continues to issue the challenges.
Being the third Saturday of the month it's time for a sketch challenge. 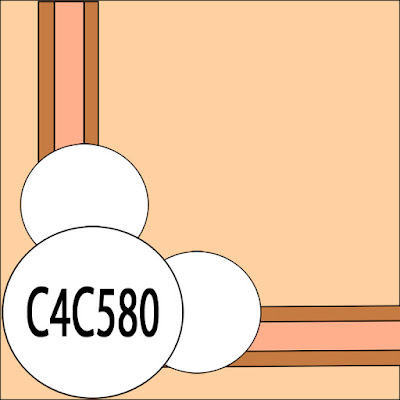 The sketch shows a square card, but as I love making Slimline cards I decided to convert it to a Slimline card. Sketch can be tweaked a little to suit what you want to do.
I recently received Catherine Pooler Designs Little Black Dress Slimline Paper Pack as a gift, so I decided to use a sheet from that for my card front. I die cut the paper using one of the slimline rectangles from Picket Fence Studios Slimline Nesting Rectangles die set.
I used one of the borders from Scrapbook Dot Com's Slimline Borders die set. I used one of the borders from the set which I die cut from white & black cardstock, offsetting the white border over the black.  Next I used one of the strips from Trinity Stamps Stitched Strips die set white I die cut from black cardstock and layered over the top.
I die cut two circles using white and black cardstock which I adhered to the lower left corner of the card.
I decorated the card using the cupcake from MFT Stamps Mice Day to Celebrate stamp set, paper piecing the cupcake wrapper with patterned paper.
For the two smaller circles indicated on the sketch I used balloons from Lawn Fawn's Outside In Stitched Balloon Stackables die set.
I added the "Celebrate" sentiment to the top right corner of the card using the Catherine Pooler Designs die. I die cut the sentiment from white cardstock three times layering together and then offset with a red diecut sentiment. 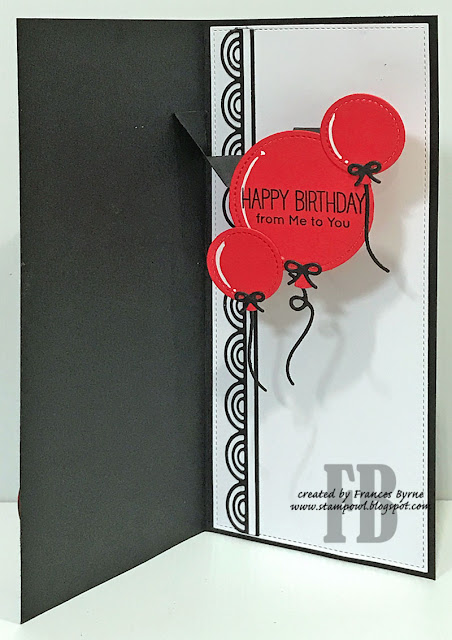 For the inside of the card, I used the Picket Fence Studios Slimline Nesting Rectangles to create the white rectangle panel. I added the black border which is one of the Scrapbook dot com Slimline borders die set. I layered a strip over the top of the black border using one of the dies from Trinity Stamps Stitched Strips die set.
I created a pop-up card using Karen Burniston's Katherine Label Pop-up die set. I used the Balloons from Lawn Fawn to add my sentiment and attached this to the pop-up panel.
Don't forget to check out the rest of the “Crazies” cards over on the Crazy 4 Challenges blog and also their individual blogs for more details.
Amy Ottmers
Karen Ostergard
Maryann Einam
Rebecca Ednie
Nicky Foden