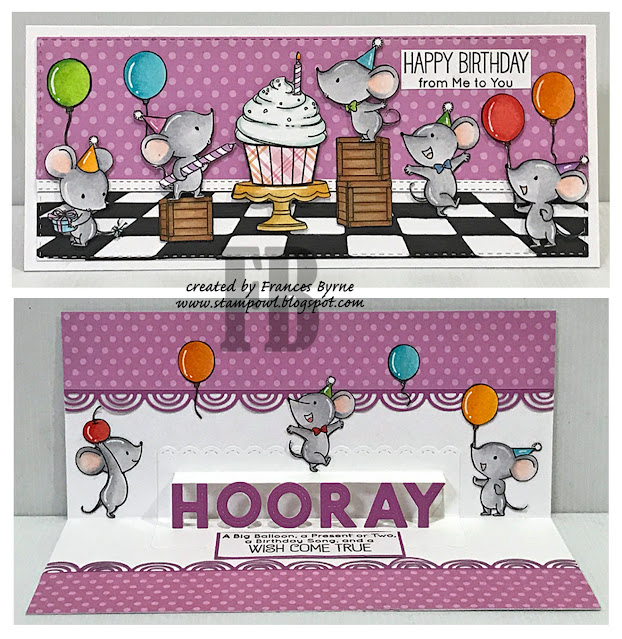 Hi Crafty Friends,
It’s challenge time with the “Crazies” over on the Crazy 4 Challenges blog. Being a brand new month it's time for a new challenge hostess which is Nicky Foden.
Apparently today is World Party Day, so Nicky has requested that we create a party themed card.

As you can see, I have created a Slimline Card. I used Trinity Stamps Slimline Stitched Card Panels & Windows die set to die cut the background for my card front.
I used the checkered floor stamp from Picket Fence Studios Slim Line Tall Grass and Waves with Tile & Wood Floor stamp set. This is an awesome stamps set if you like scenes and I can see me using this stamp set a fair bit.
Along the top panel I used a patterned paper  from Trinity Stamps Slimline Stitched Strips die set to add the strip between the wall and the floor.
I recently received MFT Stamps Mice Day to Celebrate stamp set for my birthday, so I decided to pull that out to use on my card today. Those mice look like they are enjoying a party! I paper pieced the cupcake wrapper using a scrap of patterned paper.
The sentiment is also from the Mice Day to Celebrate stamp set. 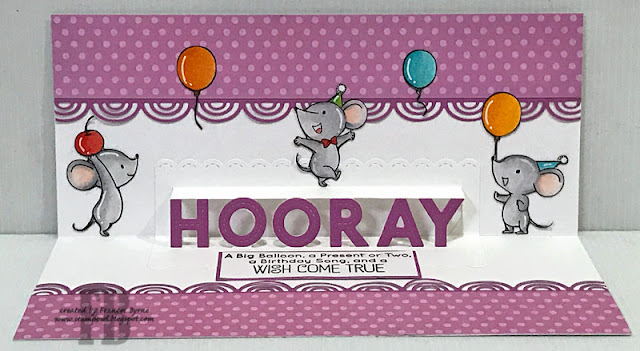 For the inside of the card I created a pop-up card. For the pop-up portion of the card I used Lawn Fawn's Pop-up Hooray and the Oliver's ABCs die sets.
I used the same patterned paper that I used for the front of the card on the edges of the card. I also used the fancy scallop border which is from Scrapbook.com's Slimline Borders die set. The borders in this die set are absolutely beautiful! 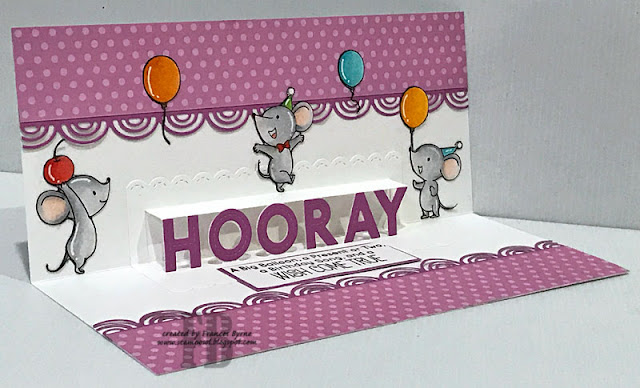 I decorated the inside of the card using a few left over mice and balloons that I used on the front of the card.
To finish off the card I added another of the birthday sentiments that are included in the stamp set.
Don't forget to check out the rest of the “Crazies” cards over on the Crazy 4 Challenges blog and also their individual blogs for more details.
Amy Ottmers
Karen Ostergard
Maryann Einam
Rebecca Ednie
Nicky Foden