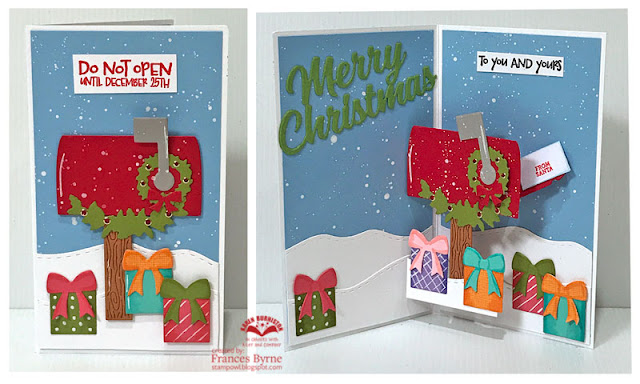 Have you heard the news???

Here is a quick video to see my card in action.

So I know Christmas has been over for nearly a month, however I received my dies about two weeks before Christmas. I had just finished making all my Christmas cards etc and thought I was Christmas Carded out ... and then when I start making my first card using the new Mailbox Pop-up die set, I decided to make a Christmas themed one! I decided to keep going, just to show you that this die set can be used for anytime of the year . 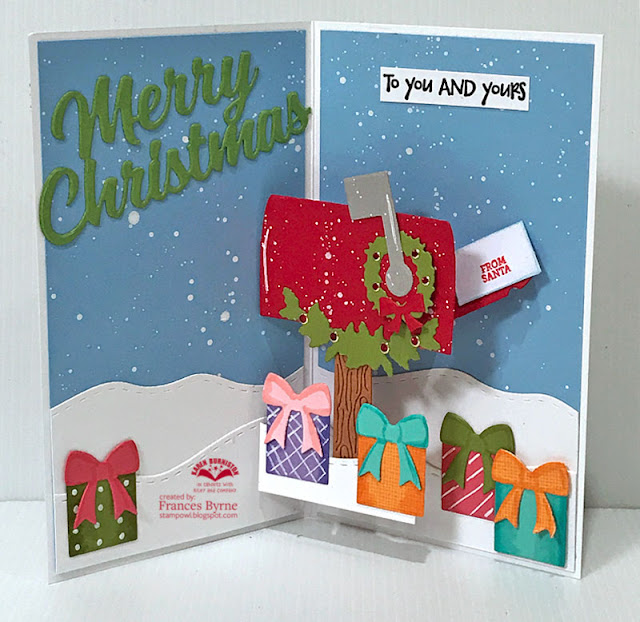 I created a Mini Slimline Card with my final card measuring 3 1/2 inches x 6 inches. The width of this card is probably the narrowest you can go for the mailbox to be hidden when the card is closed.

I cut two panels of blue cardstock that I splattered with white paint. I then used the Nature Edges die set to add snow along the bottom of the panels before adhering to the inside of my card.

I die cut an envelope using a die included in the Mailbox Pop-up die set, adding a stamped sentiment to the front of the envelope. I then placed this on the pop-up mechanism of the mailbox so my letter can pop out of the mailbox. 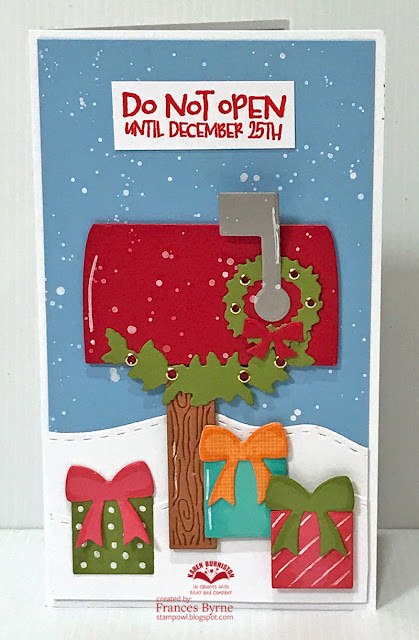 The front of the card is basically using some of the same elements I used on the inside of the card. I used the Mailbox Pop-up die set to create a flat version of a mailbox.

I added another sentiment to the top of the card. 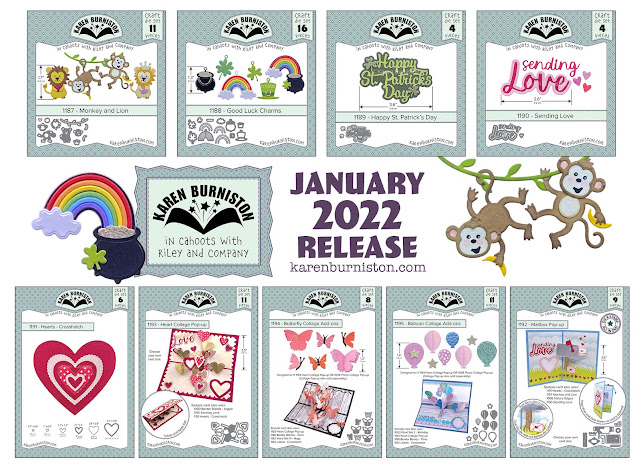 Here is a quick look at the products being released next Monday 24th January, link included in the supply list below.

Love it in a Christmas theme!

SO delightful -- TFS this idea - I am getting this die and will certainly make CC with it as well as others - grand idea! Beautiful card!