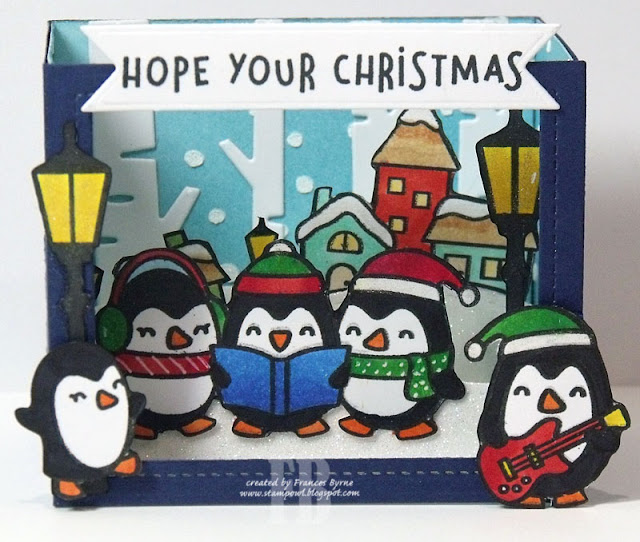 Today I have another Shadow Box card for you using the new Lawn Fawn Shadow Box die set I purchased recently. This time around I have created a Christmas card using the cute Here We Go a Waddling and Winter Village stamp sets. 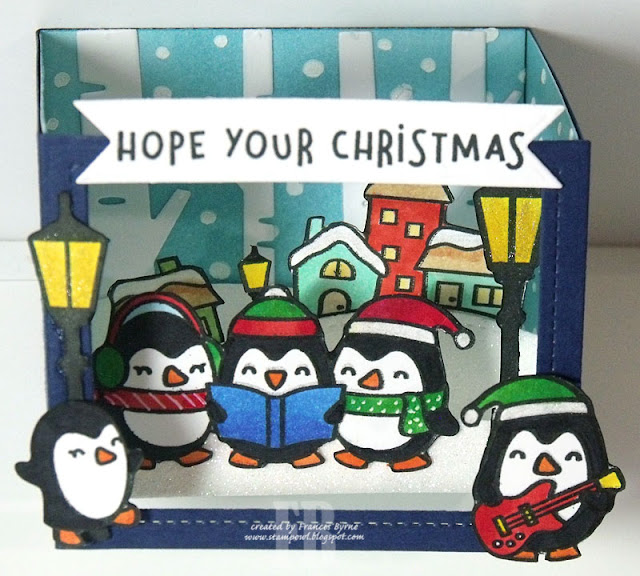 For the background (the sky), I cut three pieces of white card that would fit the back and sides of the shadow box. Sponged over the cardstock using Broken China Distress Oxide and then created a snowy background using the Snowstorm & Mounds Stencil from Elizabeth Craft Designs and white texture paste that I also added glitter to.

Once I had adhered the panels to the inside of the shadow box, I then adhered some birch trees to the back panel. 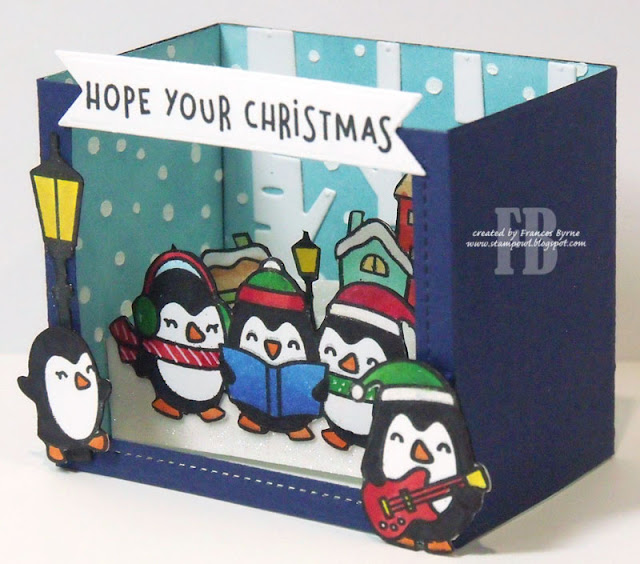 I die cut the two hillside pieces that go into the centre of the shadow box from white cardstock that had Clear Double Sided Adhesive Tape on the front. I removed the protective backing from the tape (except for the tabs) and covered with Cool Diamond Silk Microfine Glitter.

I cut an additional hillside using the Stitched Hillside Border die to add to the back panel. 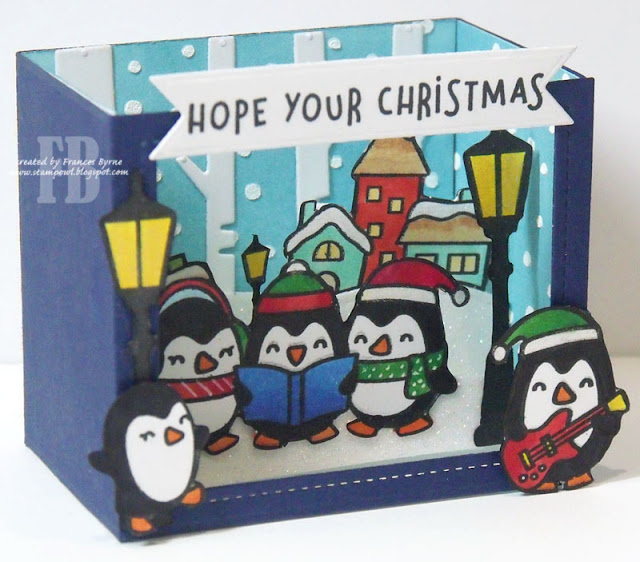 I die cut the houses and tiny lamp posts from the Winter Village stamp set and adhered them to the middle hillside.

On the front hill, I added the group of singing penguins and a larger lamp post.

On the front of the shadow box, I added the penguin with the guitar, another lamp post and a plain penguin.

I added a sentiment to the top front of the shadow box using a banner die. 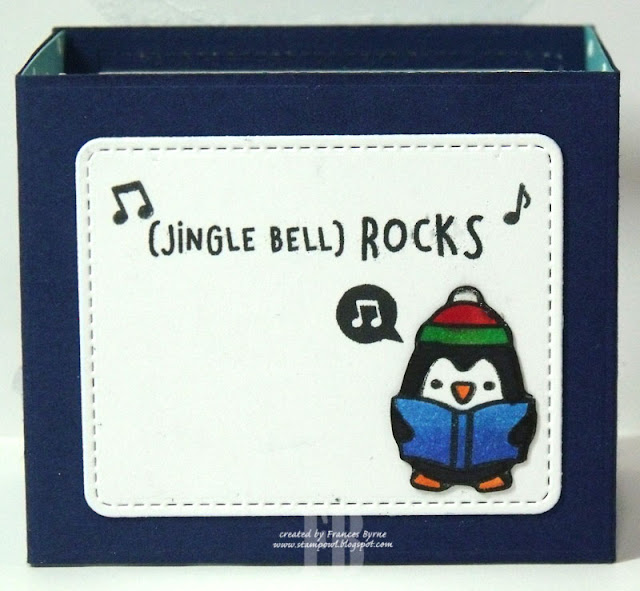 On the back of the shadow box I added a white panel which was die cut using the rectangle from the Magic Color Slider die set. I added a sentiment, some music notes and another of the cute penguins.

Of course the shadow box folds flat, so you can place it in an envelope for posting!

This is such a cute card - I like your sparkly snow!

my 'waddling' set is still a virgin set.....thx for the inspiration