Yet or Not Here Comes Christmas 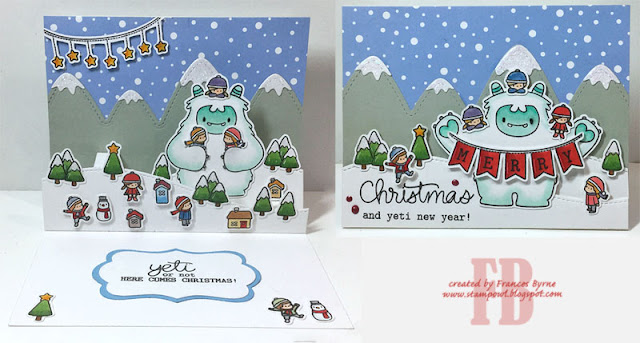 I recently just had to purchase this cute stamp set from Mama Elephant called Me & My Yeti... I am not sure why I needed a Yeti stamp set I just did haha. I had to order the Yeti image set and the sentiment set from two different stores as no one had both together and I just needed both. 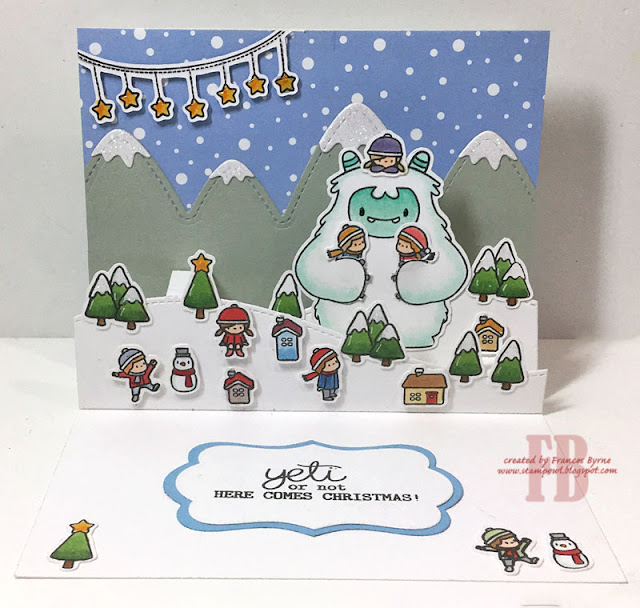 As you can see I have created a Pop-Up card using Lawn Fawn's Stitched Hillside Pop-Up die set, I added some mountains to the background and then added one of the Yeti's, the children, trees and houses to the hills.

I also added one of the "Yeti" sentiments to the base of the card. Once I had finished the scene I added White Blizzard Nuvo Drops to all the snowy areas on the mountain peaks and trees. 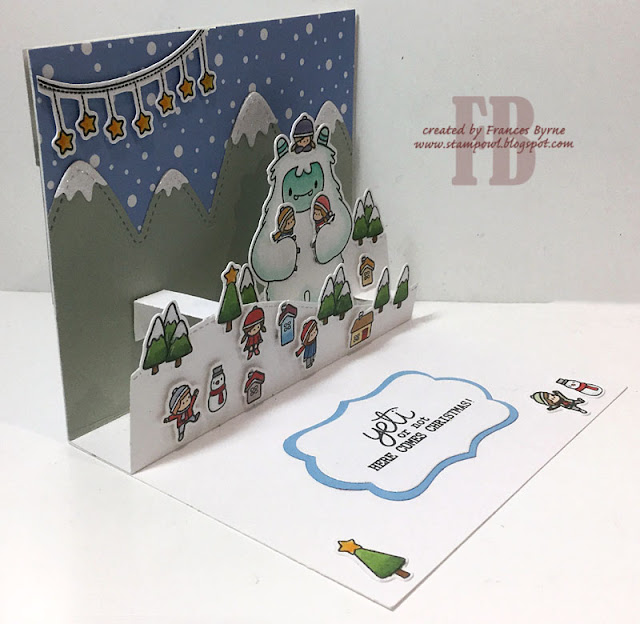 Here is another view of the inside of my card so you can see the pop up part of the card a little better. 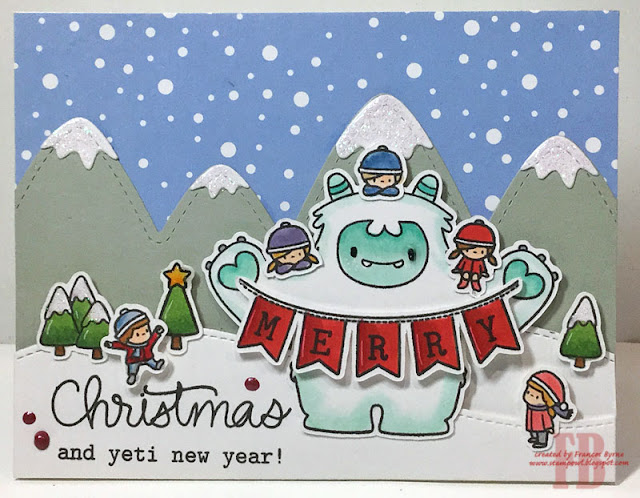 For the front of my card, I added the designer paper, mountains, and the snow banks that I used on the inside of the card. I added the other Yeti giving it the "Merry" Banner to hold. I added a few more of the children and trees as well as another sentiment to go with the "Merry".