Sending Christmas Greetings Across the Miles 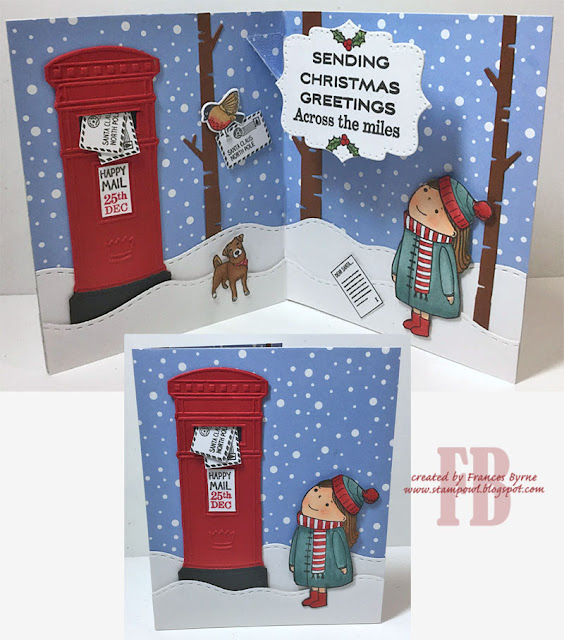 This past few months, I have noticed some awesome stamp sets coming as freebies included with a Sstamping magazine. Most of these magazines come from the UK, and there have been a few I haven't been able to resist. These days I only buy magazines if I like the freebie included in the mag. I have purchased a couple recently which include Christmas stamps/dies so I figured I better start using one of two of the stamps because Christmas will be here before we know it. 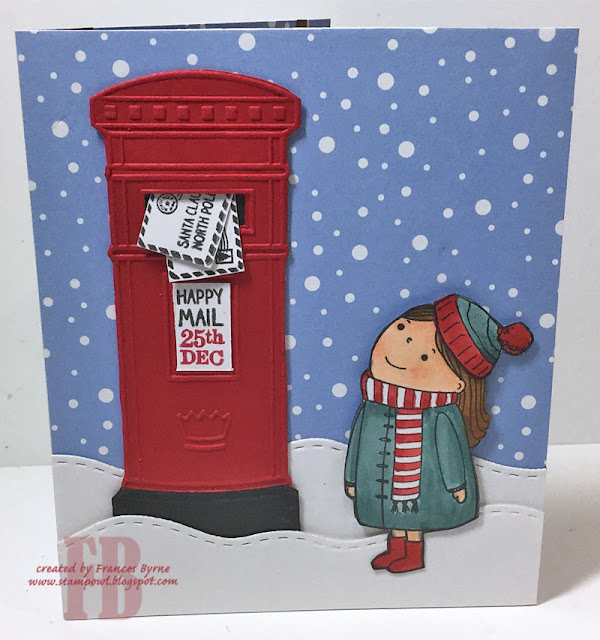 I just adore this freebie set which came in Papercraft Essentials magazine recently. Not only did they include stamps, but you also got an embossing folder for the postbox and a few dies, to cut out the hole in the mail box, bird and letters.

I embossed the post box three times, one in red, one in black (for the base) and white (for the centre part). I cut out each postbox and paper pieced them together.

For the snow I used the snow die from the Nature Edges die set from Karen Burniston. 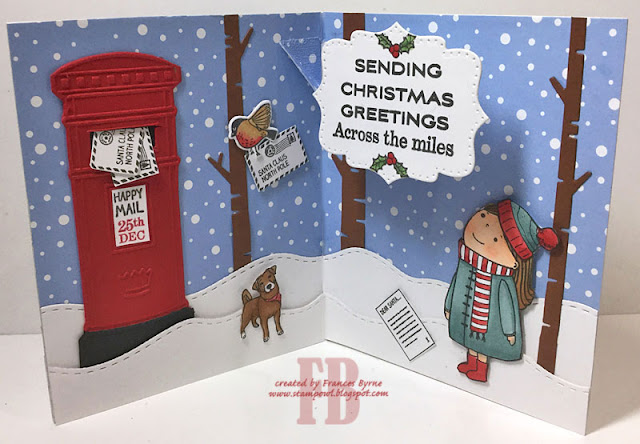 When you open the card up it reveals a bigger scene of that shown on the front.

I used the Katherine Label Pop-up die set from Karen Burniston to create the pivot arm and label the sentiment is on. I kept the sentiment as high as I could to allow room for the scene below. The sentiment is a mix of the freebie die set (Across the miles) and one from MFT Stamps.

I added more snow to the bottom of the card and added a few birch trees which are Lawn Fawn dies. 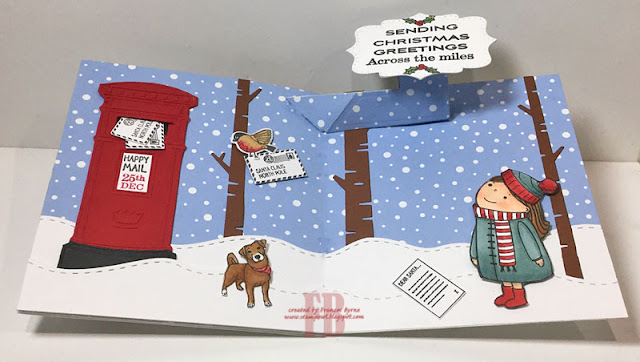 One final photo so you can see the pivot arm the sentiment panel is on.

So cute - what fun stamps!

I love your card. I live in the uk and got these freebies too. I have made a few Christmas cards with them, along with other supplies I have purchased.

Beautiful! May I ask what issue of the magazine includes the post box embossing and dies? I love it! Cheers! X

Thanks Fairycake, the embossing folder, stamps, dies are included in Papercraft Essentials Issue 151 by Practical Publishing as mentioned in the supplies list at the bottom of the post :)