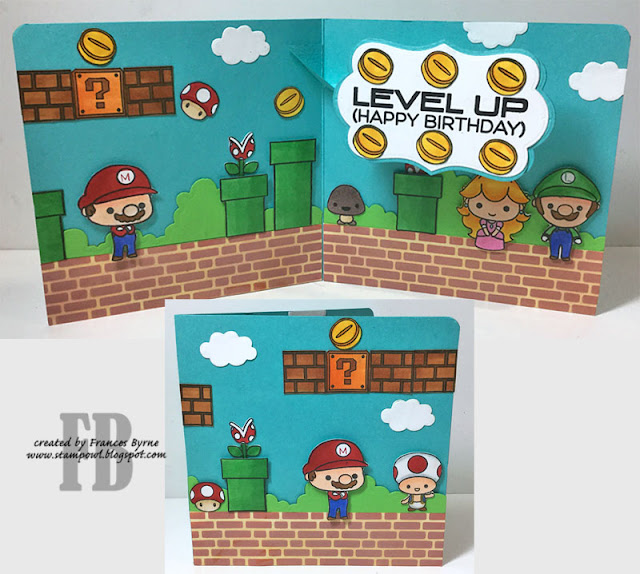 It's my youngest daughter's birthday today, so of course I had to make her a card! She is always fun to make cards for as she has particular likes, so I can make a card to suit what she likes ... normally it is Super Heroes or Doctor Who.  This year though, she decided she wanted the new Nintendo which has all the old video games many of us remember fondly ... including Super Mario. When I saw this stamp set from Kindred Stamps recently I knew I NEEDED it so I could make her card this year (I also grabbed the Time Traveller set (Doctor Who) while I was at it which I will make for her at some other time. 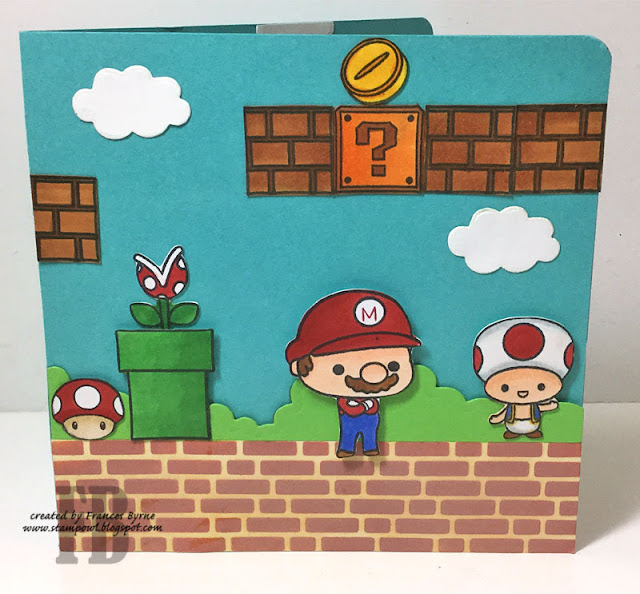 As I was decorating both the inside and the front of the card, I stamped a ton of images, many duplicates and cut them out using my Scan N Cut. For the path that Mario is following, I used a brick stencil and distress oxides, trimmed that to the side I wanted and then used a cloud die (which I think is now retired) and die cut green cardstock and added it behind the path to create bushes.

I added various images from the Video Game stamp set from Kindred Stamps to the front of the card. 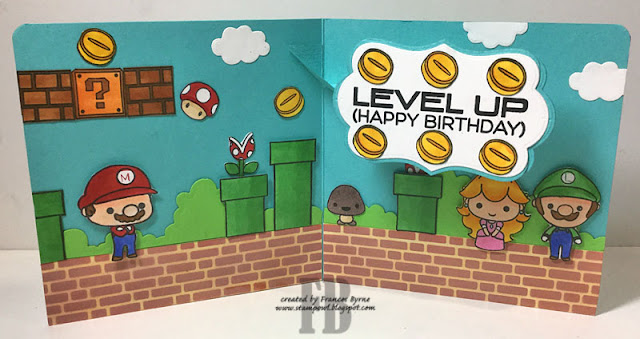 For the inside I used the pivot arm from Karen Burniston's Katherine Label Pop-up die set and used the label from the old Pop It Ups Katie Label Accordion (retired) for the sentiment.... I needed something long to fit the sentiment.

I added more paths and bushes and then added the different images to the card. Mario is on the left side off to try and rescue the Princess and Luigi on the right.

Here is another look at the inside of the card ... you can see a few more elements to the card that were hidden by the sentiment in the previous photo.

I love that you were able to make such a customized card for your daughter. I bet she LOVES it!!!