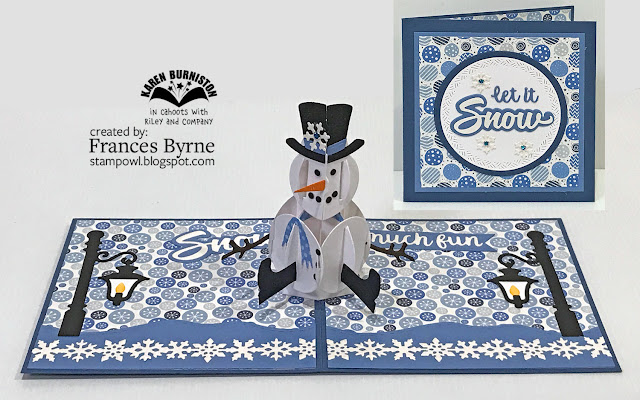 To decorate my card I used the snow border included in the Nature Edges die set to create the blue border at the bottom of the card. I added the snowflake border which is from the new Long Nature Edges 2 die set, die cutting the snowflakes from white glitter cardstock.
I added the Street Lanterns from the Street Lantern Pop-up die set, adding them to either side of the card.
Finally I added the sentiments which is from the new Word Set 13 - Snow die set. 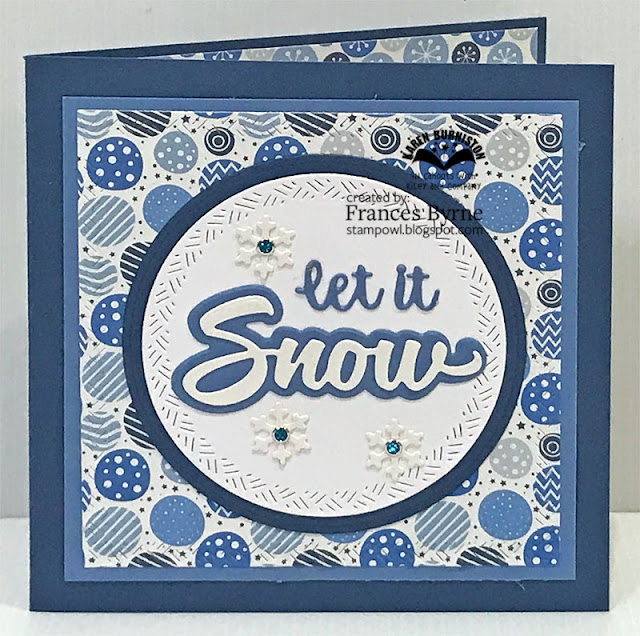 As the focus of this card is on the inside, I kept the front of the card fairly simple. I used the Squares - Crosshatch die set to die cut the background layers.

The sentiments are from the Word Set 13 - Snow die set.

This is a great die set - and I like how you used it for your card.