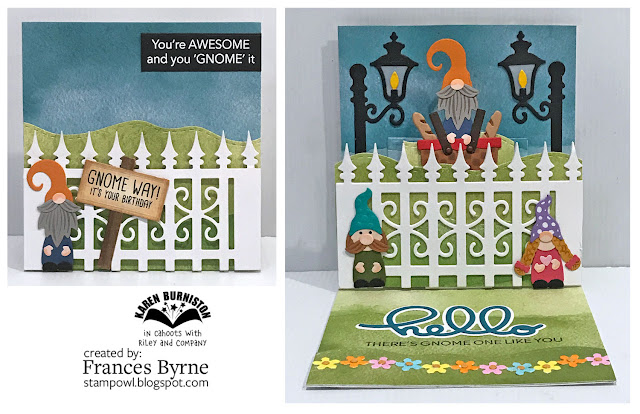 Check out Karen Burniston's blog on Wednesday (US Time) when you will be able to see what all the designers created for the challenge this month, plus Karen will have an amazing video tutorial to share with us all.
Our challenge theme this month is ...  "ROCK, SPIN, POP, SWAP!" - make a card that features one of four motion pop-ups - Spinner Square, Rockin' Rectangle, Parcel Pop-up or Pop 'n Swap.You may incorporate new dies into this challenge if you like.
As per the requirement of the challenge, I decided to use the Parcel Pop-up  die set to create my card. The gnome at the top of the inside of the card and picnic basket pop up when the card is opened.
Here is a quick video to see my card in action. 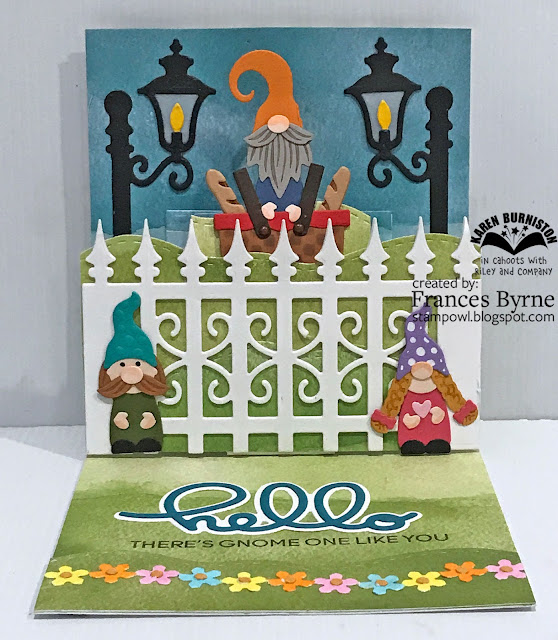 As well as being Designer Challenge time, this week is the beginning of sneak peeks for the new release which is coming next Monday. So of course I wanted to incorporate a few of the new dies on my card.
I ended up using five of the new die sets for my card. The Iron Fence Pop-up is a re-release of a previous die  that Karen released some years ago and people have been asking for, for this card I used it flat.
I used the grass die from the Nature Edges die set to create the grass edges along the bottom edge of my card and also in the panel behind the fence.
The flower border at the bottom edge of the card was created using one of the borders from the new Nature Edges 2 die set.
The Hello sentiment is also a new die, I have a feeling I will be using this one a lot. The stamped sentiment underneath the "Hello" is from a Heffy Doodle stamp set.
The gnomes are from the Tiny Gnomes die set, these are lots of fun to create and as you can see you can create a boy or girl gnome depending on what you are after. This die set included two dies that die cut and stamp at the same time ... the beard and the plaits. To ink these up I pulled out my old Marvy Brush markers which are perfect for this job. 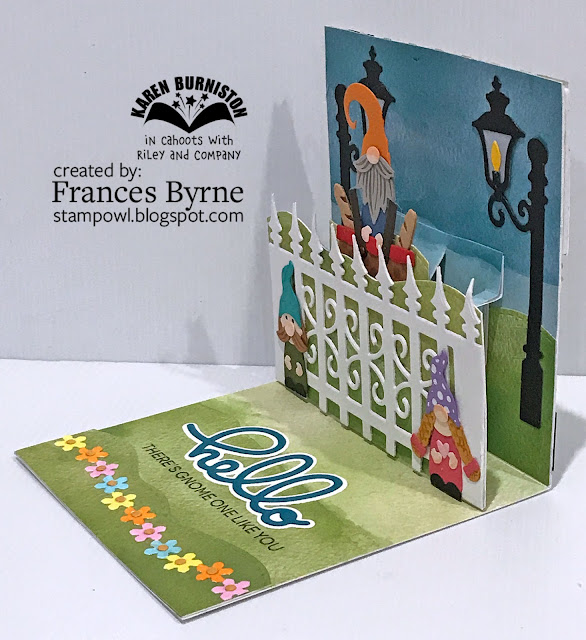 I also added two street lanterns to the back of my card which are from new Street Lantern Pop-up die set. Again this set has many possibilities, I just used them flat for this card.
Finally I used the picnic basket and bread stick from the Picnic Elements die set, which is one of the die sets released earlier in the year. 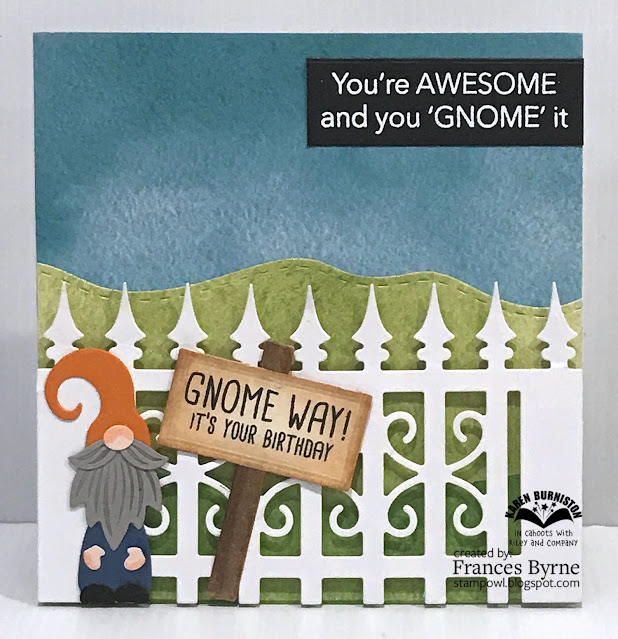 For the front of the card, I added the Iron Fence and one gnome.
The sign at the bottom of the card was created using dies included in the Parcel Pop-up die set. I added the birthday sentiment to it, which is from an older Hunkydory Gnome stamp set.
The sentiment at the top right hand corner of my card is from a Your Next Stamp stamp set.

Wow! I love how you used so many of the new dies on your fun parcel pop up card! So much attention to detail and so beautifully done!

This is fabulous - love it!