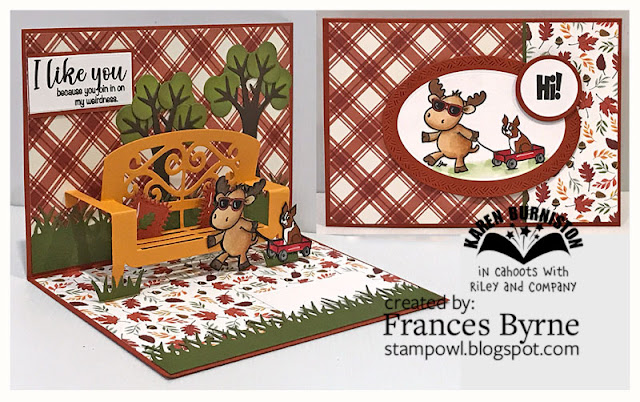 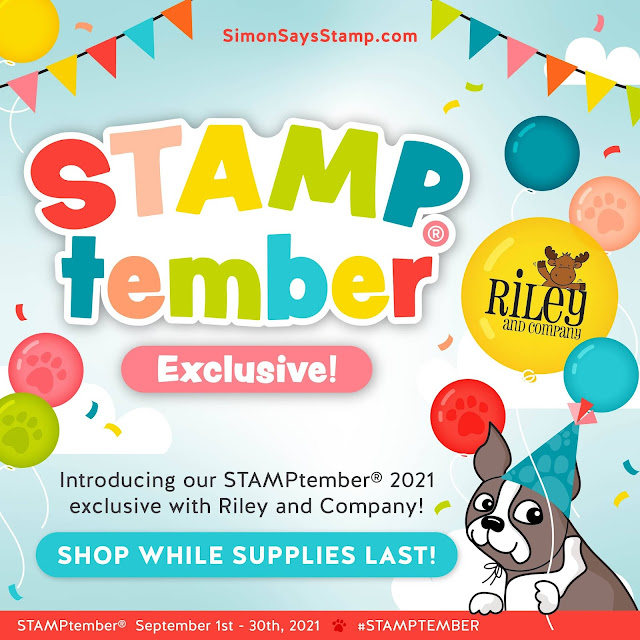 Available now from Simon Says Stamp is today's STAMPtember Limited Edition Collaboration set from Riley and Company. You can purchase either the  I Like You stamp set or the I Like You stamp and die set for a limited time, while supplies last.  The exclusive collaborations are selling out in record time this year, so act fast if you can. 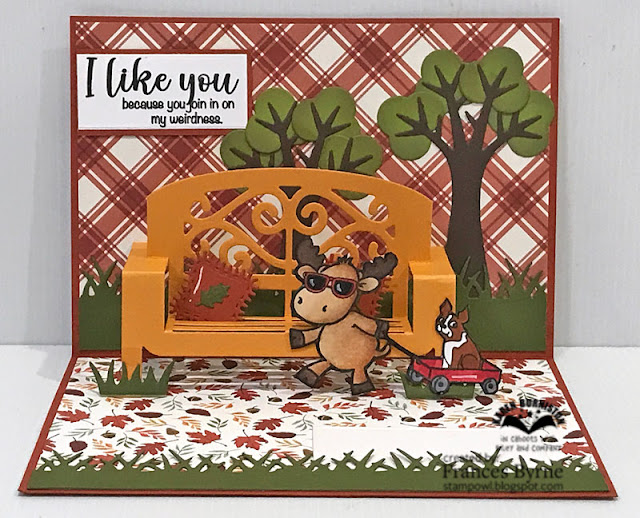 I was excited to see "Riley" featured again in this years STAMPtember, especially since I have been involved with Riley since he first made his debut many years ago. Like last year Riley is with his friend Simon (from Simon Says Stamp).
I created an autumn themed pop-up card using Karen Burniston's Garden Bench Pop up die set.  To complete my scene I used the grass die from the Long Nature Edges die set which I added to the bottom edge of the card and also long the fold on the back panel.
For the trees I used the trunk and branches from the Tiny Trees Pop-up die set. The trunk does have a cut in it, to allow it to be used to make a 3D tree, so I placed my top cutting plate just above that so this part of the trunk didn't cut. This also allowed me to make the bottom of the trunk a little longer. The leaf on the pillows is also from the Tiny Trees Pop-up die set. 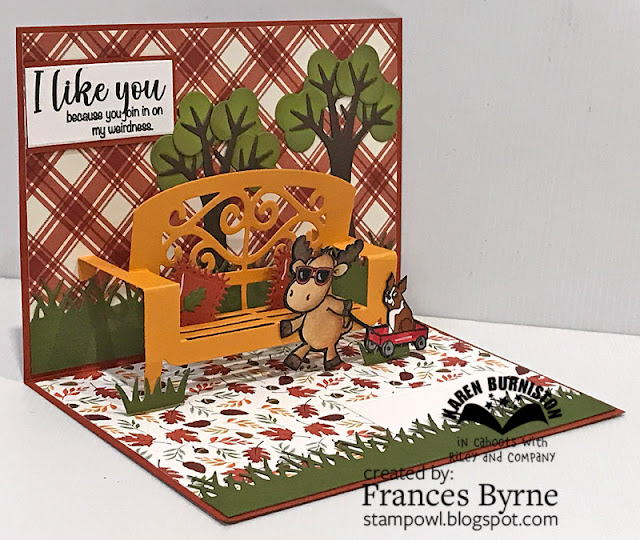 I die cut a rectangle panel using the Crosshatch Rectangles die set, which I placed to the right at the bottom edge of the card. This gives me a place to write a handwritten greeting.

For the sentiment, I stamped it onto white cardstock and then cut the rectangle panel and layered it onto rust cardstock. 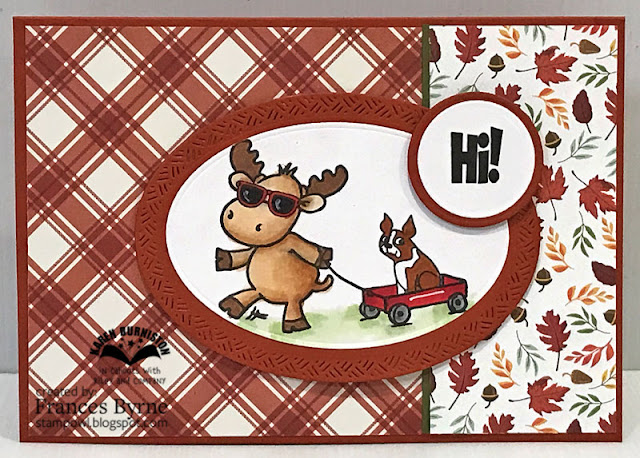 For the front of the card, I added the two patterned papers I used on the inside of the card.

I stamped the Riley/Simon image again on white cardstock and die cut that and the rust oval using dies from the Crosshatch Ovals die set.

I added the Hi sentiment which I die cut using the sun from the Landscape Scene die set and a circle from the Crosshatch Circles die set.