This Card is Bigger On The Inside

Today I am sharing a birthday themed Slimline card I created for my daughter, who celebrated her birthday recently. My daughter loves Doctor Who, and I have made her cards with that in the past but not for some time.

I have also been wanting to make a Tardis using Elizabeth Craft Designs Phone Booth Kit that was released last year ... so that was my inspiration for my card. To turn the phone booth into a Tardis, first I had to make alterations to the door, which I did by adhering a solid blue panel over the phone booth door and then adding smaller rectangles to this solid panel. I used a white paint marker to draw in the windows to the top two panels and then computer generated both the signs.

I used stamp sets from Kindred Stamps to decorate my card. On the front I added the 13th Doctor plus one of the sentiments from the older stamp set.

The door of the Tardis opens to reveal two sentiments and two images ... my daughter's favorite doctor is the tenth ... so that is what I added here. 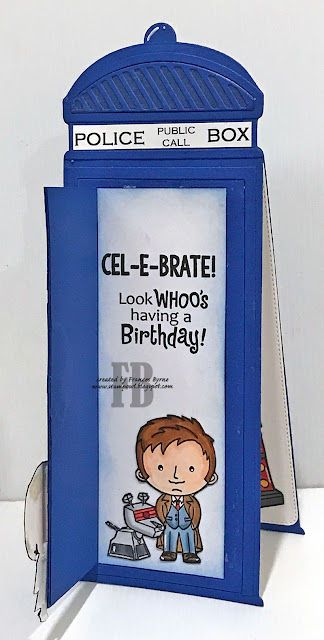 The "Look Whoo's having a birthday" is from a Dare 2B Artzy Owl stamp set, the rest are all from Kindred Stamps ... I used three of their stamp sets in total.

On the front of the card I added the sentiment "This Card is Bigger on the Inside". So to make it bigger, I added panels to both sides of the inside of the card and added more of the stamps and sentiments to each panel. 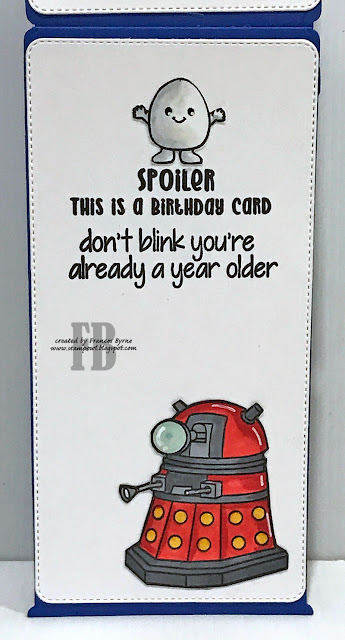 Here is a close up of the bottom panel on the inside of my card. The white panel was die cut using another of the dies included in the Elizabeth Craft Designs Phone Booth kit. 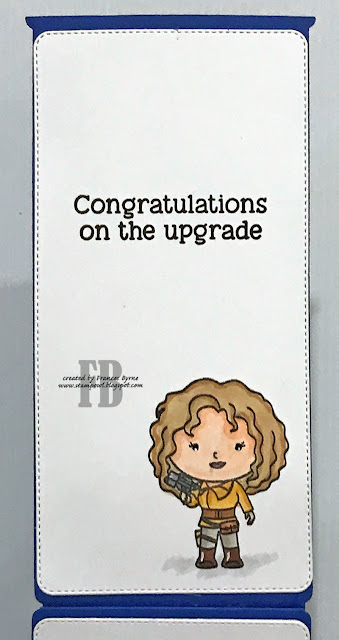 And one last look at the inside of my card, this time a close up of the top panel.
I have been wanting to use both the stamps and phone booth dies to make this for ages, so I was very happy to finally get it made.