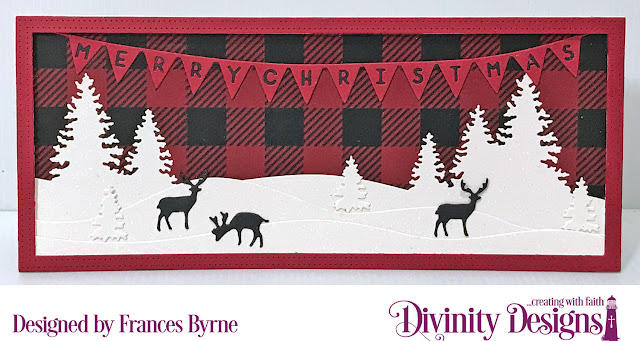 For the base of my card I used the Slimline Card Base die set which I die cut from white cardstock.

I used the largest slimline rectangle from the Slimline Rectangles die set to die cut the red and black plaid paper which is from the Plethora of Plaids Slimline Paper Pad.

I added a frame around my scene using the new Slimline Thin Pierced Frame die from red cardstock. 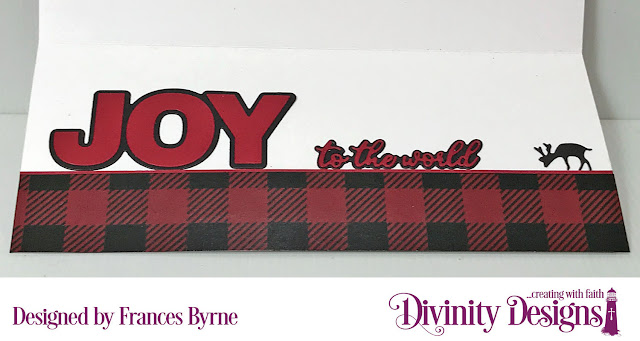 For the inside of my card, I added a strip of the red and black plaid paper to the bottom of my card.

I then added the "Joy To The World" Sentiment along the top the the patterned paper and a deer I had leftover from the front of the card.

Wonderful scene card for the holidays.